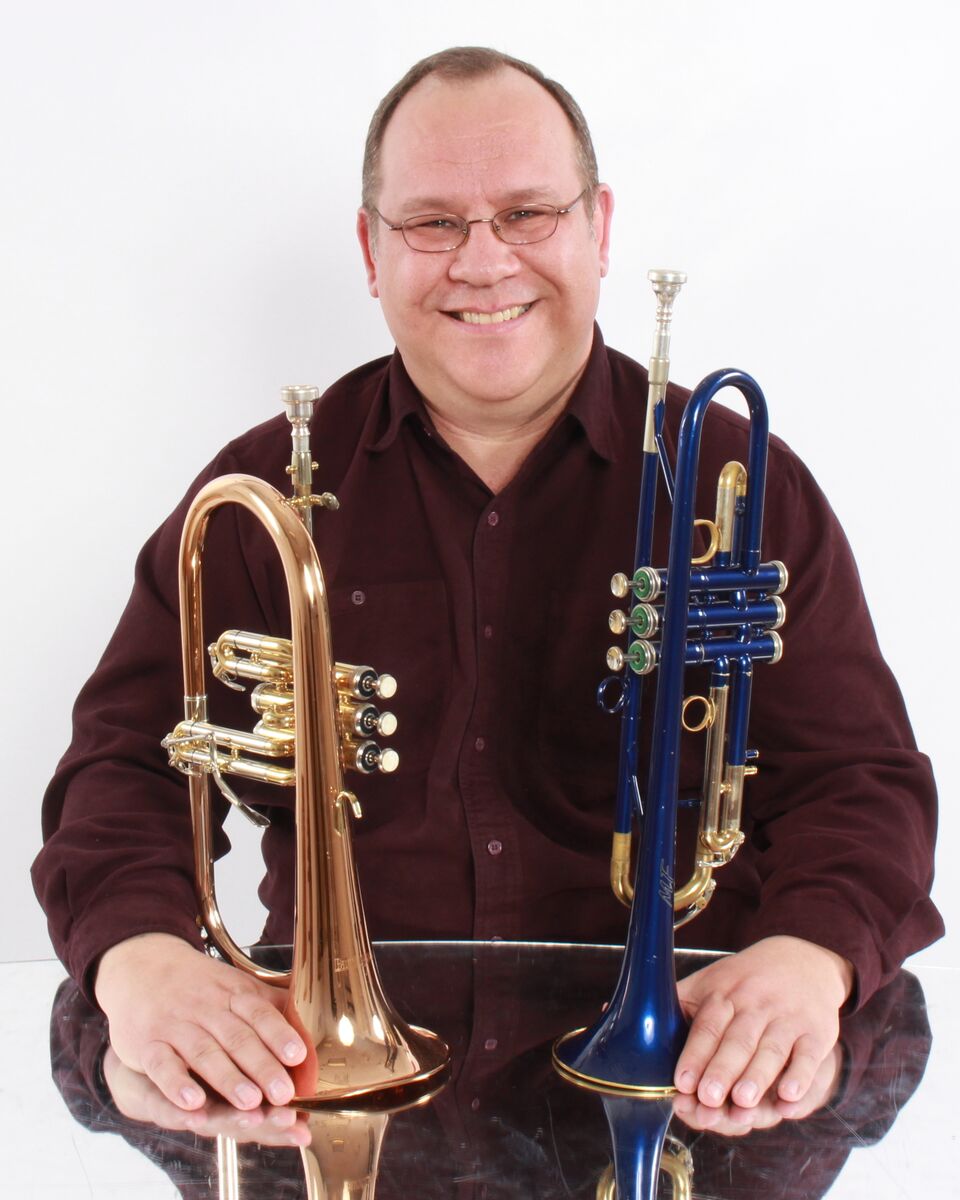 JOHNNY BLUE HORN has entertained countless fans of music in Boston and the Northeast region for more than twenty-five years. He has since become a double-barreled performer as both a trumpeter and vocalist encompassing a varied range of musical styles, from gritty Memphis R&B to rhythmic New Orleans second-line jazz; from swingin’ Kansas City blues to heartfelt ’70’s soul.
Born in Germany and raised in rural Connecticut, JBH discovered the magic of music through the radio stations he listened to as a child. But it was after hearing records by Herb Alpert & the Tijuana Brass that he first picked up the trumpet at the age of eight. In his teens, he learned technique through private instruction and improvisation by playing along with the various LP’s at his disposal at home.
After serving in the U.S. Air Force, JBH moved to Boston in 1983 and quickly immersed himself in the area’s music scene, developing and adding vocals to his entertainment arsenal in the process. From 1985 to 1991, he performed as a singing horn player with local rock- and R&B-based bands such as Drive All Night, The Crime and Push It Good.
JBH delved into the blues in 1992 by joining the Roadhouse Sheiks as frontman, finding a new outlet of expression while acquiring an affinity for the great New Orleans trumpeters Louis Armstrong, Al Hirt and Louis Prima, and a deeper appreciation for soulful blues singers like Bobby “Blue” Bland and Johnny Adams. When the Sheiks disbanded in 1995, he helped round out the lineup of what became Mission Of Blues, one of the Boston area’s most entertaining blues-based bands. With JBH up front, the MOB went on to finish first in the 1999 Boston Blues Challenge and participated the following year in the International Blues Challenge in Memphis.
Eleven years and two self-produced CD’s later, JBH departed the MOB and satisfied a craving for classic soul music by teaming up in 2006 with the Chicken Slacks, Boston’s hardest working soul/R&B band, as part of the two-man Chicken Slacks Brass Attack until January of 2010.