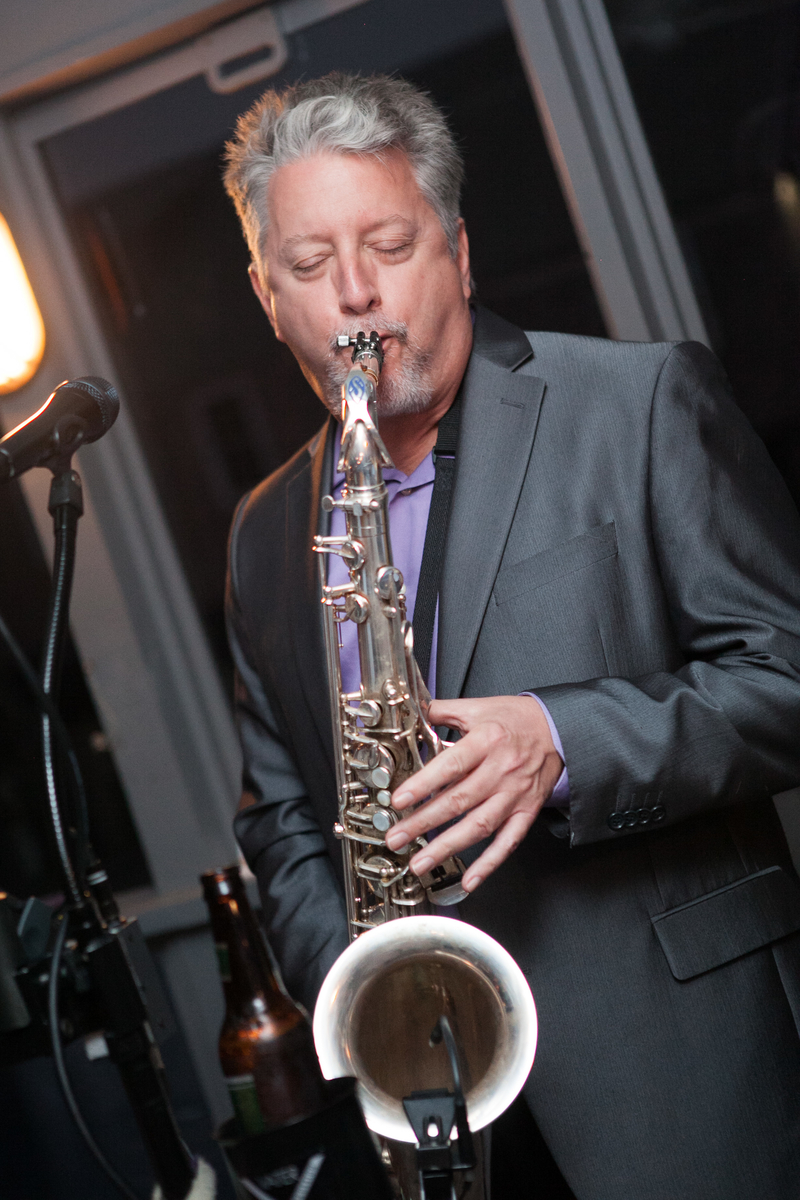 Originally from Schenectady NY, Terry joined the Army Band right out of high school. Stationed at Fort Devens, MA, he played in the Army’s Marching Band, Concert Band, Jazz Band and was lead singer in the Army Rock Band from 1979 – 1982. After his honorable discharge from the Army he relocated to the Hartford, CT area where he played in local favorite bands Late City Edition, The Fabulous Downbeats, Motown Revue and Souled Out. Terry is a 3-time winner of the Hartford Advocate Reader’s Poll for Best Horn Player. Terry moved to the Southern Massachusetts area in 2000 where he has played with Modern Manners, Hazy, Hot & Humid and Live Radio. He is currently a session player and singer with Handsome Brothers Studio and has spent the last 14 years as Office Manager for Storm Duds Raingear in Attleboro, MA where he currently resides. After being a sub/fill-in for a few years with Accent whenever Jack needed him, Terry became a full-time member of the band in 2011 where hopefully he will remain until wheeled into a retirement home. His name-dropping credits include opening up for The Temptations and Jerry Lee Lewis and performing on-stage with The Chi-Lites and Clarence Clemons.